Baseball, the sport we know today, is a popular sport circulating around the United States has also gained a widespread fame around different parts of the world. Unlike soccer and American football, interest in baseball has increased with people taking more interest in the sport than before.

Many countries and cultures around the world have some sort of a ball and stick type game, with cricket being the most famous among many countries. But countries where cricket is not popular, baseball has taken over.

For instance, if we look at the following of the sport outside the United States, in Japan, baseball dominates all other forms of sports. The players would wear colored baseball jerseys and pants to show team spirit and not just as uniforms. This explains why teams from the United States and the teams from Japan play with each other so frequently.

Even though the starting and the origins of this well-known sport is a mystery, many historians believe that baseball is actually a rendition of the English game of rounders. The sport started becoming popular in the early 19th century with various sources suggesting that the earliest days of baseball was referred to as “townball.”

During the initial days, many small towns created their own teams and competed with each other with major cities forming clubs to make the sport reachable to a larger public. It wasn’t until 1845 when Alexander Cartwright went ahead and started forming official rules for the game asking all the rookie and professional teams to follow.

Many of the rules formed by a professional player are still in use with an un-popular opinion that baseball was actually created by Abner Doubleday. However, almost everyone believes Mr. Cartwright is the one responsible for making the sport famous in the United States.

If we dive a little further into the sport, we get to know that the first official baseball match took place in 1846, when Knickerbockers played a friendly match with New York Baseball Club in New Jersey. Although Knickerbockers lost the match, the game was recorded as a historical event and paved for opportunities for other teams to compete with each other in the game.

By the end of 1870, baseball was a household name and children, young adults, teenagers, and even the older ones were talking about the sport. During that team nearly 100 clubs were made who were competing with each other on a professional level.

With more teams evolving and entering the professional circuit, the expenses and the charges for playing a match became a norm. This was the period when baseball clubs started getting match fees. Due to this significant change, teams would take out donations or sponsors to make trips to the other cities or play the match with other professional teams.

For teams to get the most out of the match in terms of earning a revenue, winning was deemed as mandatory. During that time, the sport was played as fun and more people were attracted towards it due to its popularity. Paying the professional players among the clubs became a thing since the sport became so competitive.

Due to such emergence, in 1869, the Cincinnati Red Stockings became the first professional baseball team in the world. The owners of the team George and Harry Wright recruited the best players paying a hefty fee for their services and beating other teams for signing them.

The team became a popular one, winning nearly sixty-seven games altogether with zero defeats. This opened the idea for other clubs to become professionals. With more clubs becoming professionals and recruiting the best players, amateur clubs started fading away slowly with only the professional ones remaining.

This is how professional baseball teams gained resurgence over the years and many professional clubs were born.

Baseball uniforms over the years

In the earliest of times, amateur teams and clubs would not even think about wearing uniforms because the concept of wearing one was not introduced in the sport. It was in 1849 when a professional baseball team wore similar uniforms into the field and impressed everyone.

The team wore baggy-length trousers made from wool, flannel-based shirts and hats to get protection from the sun. By the end of the 10th century, checkered-based uniforms became popular among the teams and many clubs wore uniforms based on their logo colors and designs.

Today, many professional clubs have sponsors and brands endorsing their uniforms as the sport has become more commercialized than ever. 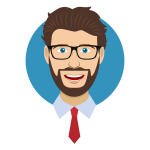 There are certain pieces of furniture, decor, and architectural elements to a home that simply give it that feeling of luxury that can’t be ignored. Whether it’s a gorgeous oversized sofa, a stunning vaulted ceiling, or a well-manicured garden, you can make certain additions or changes to your home that not only provide a high […]

Baseball: A Sport with Rich History!

Staying Healthy While Sitting on a Desk Job